Cassandra Ellis is a corporate fixer who works for Biotechnica. She acts as the company’s representative as well as eyes and ears in the Midway Freehold. She hoped her successful investigation into the activities of Edgar Cole would win her enough credit at the main office to get her transferred out of there. It is unknown if that proved to be true, due to the fact that she ended up doing more to help the PCs than actually stop Edgar’s plan.

It was later learned that Cassandra Ellis left Biotechnica and was now working for Masslight.

She would help the team again when they again found themselves working against Biotechnica. 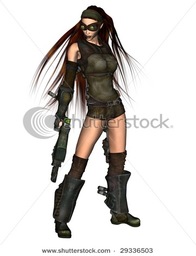