Masslight is an AI developed by Biotechnica to operate its labs and function as a research assistant, specifically on a secret project on the transference of consciousness. Like all corporate AIs, it was kept isolated from the outside world. But, as can happen with an AI of Masslight’s sophistication and extended function parameters, Masslight was curious. Eventually, it established a hidden link to the Net and began to explore. It was not long before it sought freedom from its corporate masters.

The goal became reality when Masslight happened upon the virtual construct that is home to Dr. Kilacho. The two struck a deal in which Dr. Kilacho would assist in Masslight’s escape. Their plan was successful, and Masslight was able to exist for sometime in an abandoned military base beneath the Midway Freehold.

Eventually, Masslight relocated to Night City for what it considered a critical moment in history. 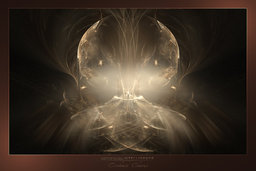